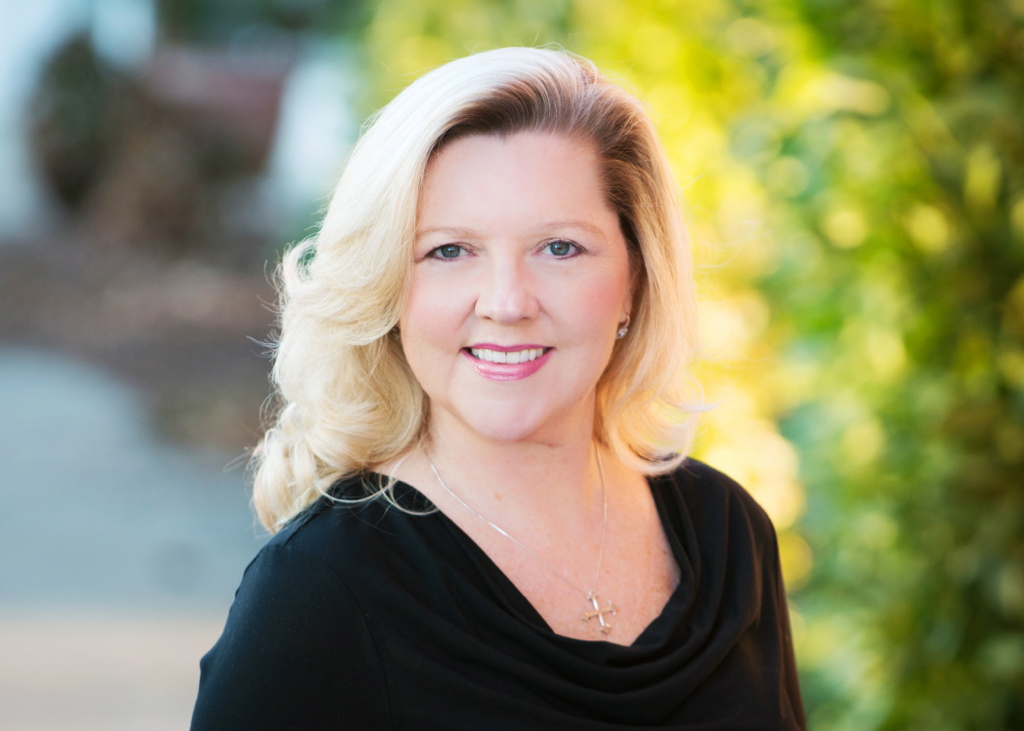 Looking for a speaker or discussion leader for your club or group?

Carla G. Harper offers a wide range of programs for any type of club or group. 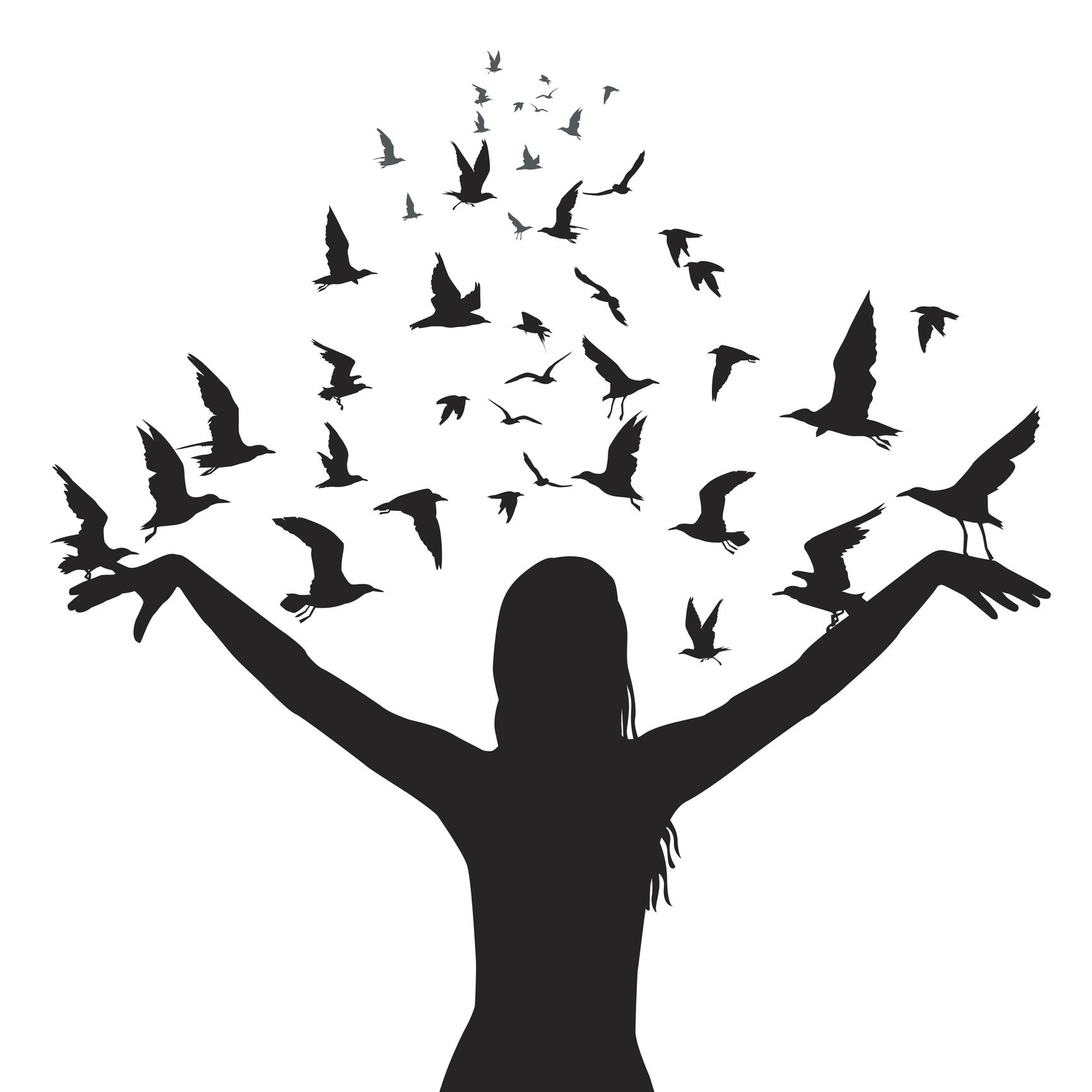 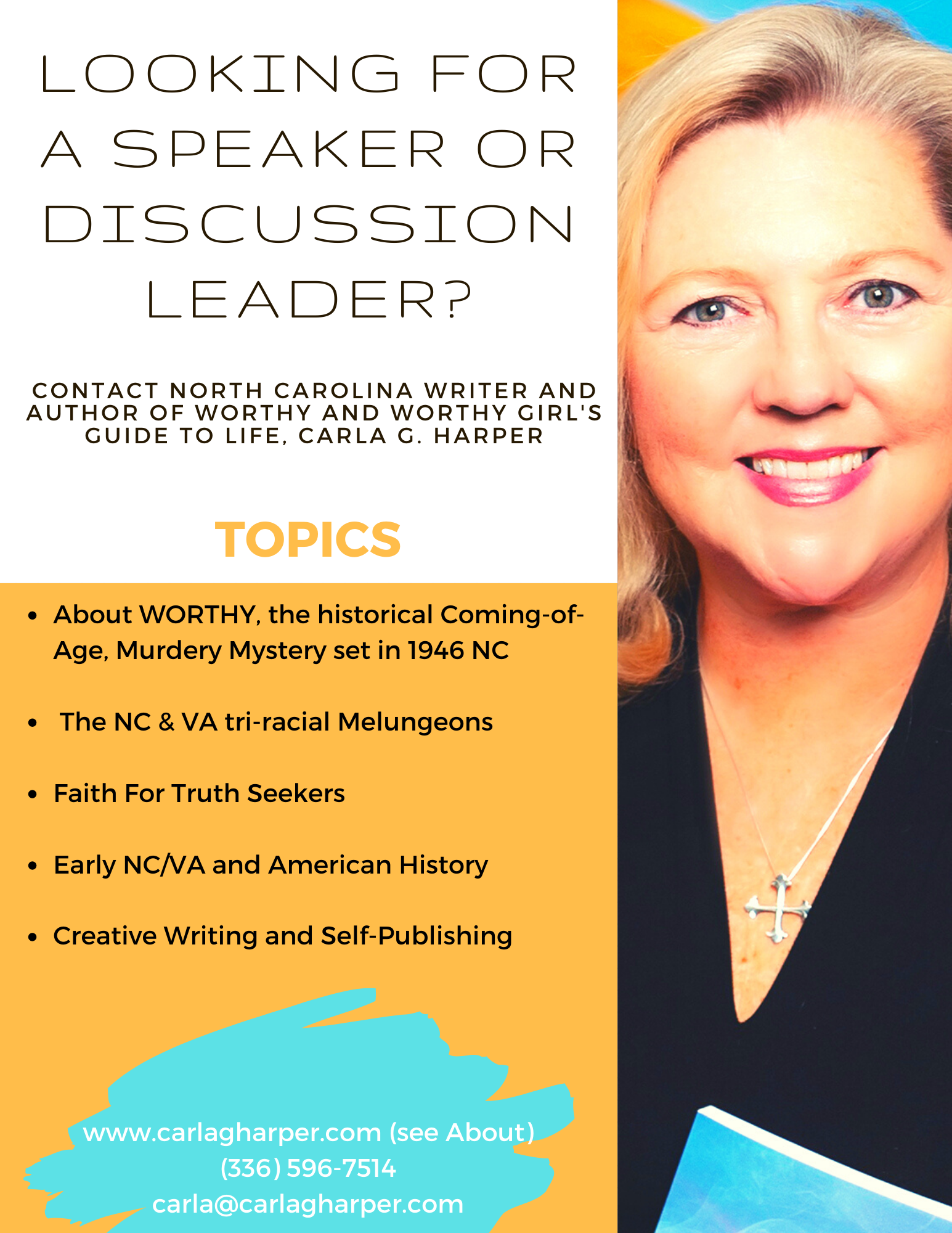 Invite Carla G. Harper for an Interview or Talk

Looking for a speaker or discussion leader for your club or group?

Worthy Stokes lives in a house full of secrets. In the summer of 1945, her father is accused of a sensational murder. Her plans to get out of Hogan’s Creek suddenly become tied up in a reckless yet exciting pursuit of truth and ultimately justice. She’ll nearly lose her life, but along the way she finds love, hope, and the truth about her family in unlikely places.

WORTHY is a coming-of-age story based on the history of triracial people, called Melungeons, with Lost Colony origins. Their red, white, and black bloodlines resulted in many shades of brown and often odd gray eyes. An individual’s appearance impacted how they made their way in society through the ages.

The story grapples with timeless questions about love, belonging, and justice.

WORTHY, and the newly released Worthy Girl’s Guide to Life, is available direct from Carla Harper at a discount or anywhere books are sold, including Amazon, Barnes and Noble, iBooks, and Smashwords, Audible.

Ten percent of all proceeds go to Salvation Army. 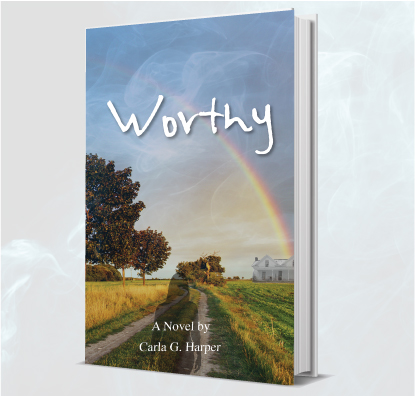 The First One Hundred Years

A Worthy Girl's Guide to Life