Praying like it matters even to the last moment 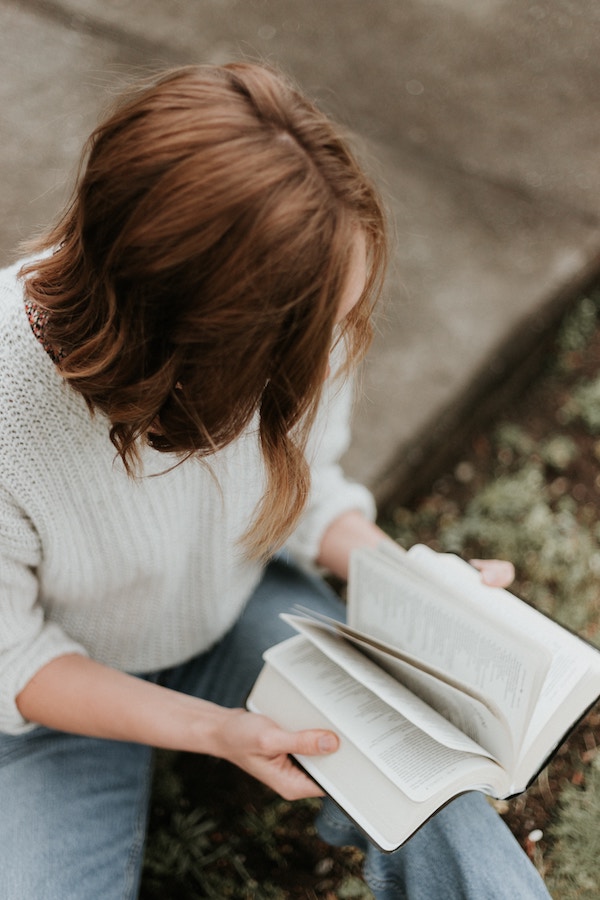 Prayer is never wasted because it’s talking to the God of the universe who can do anything. Sometimes when things seem so lost and impossible, prayer feels futile. We pray weak, defeated prayers with little faith. But it is when the darkness feels most intense that we need a miracle – something that only God could accomplish.

Your enemy wants you to feel defeated so you will not step up to the powerful position of God’s partner, his friend, his child. Your prayers help bring about his will and kingdom plans. Prayer is your privilege, right, and responsibility.

Look at the prayers of those the Bible uses to teach us about who God is and how he operates in our world:

He had committed murder and adultery but he wanted his infant son to live. As long as the baby lived, David remained in fervent prayer. He asked God for a miracle without ceasing until the baby was dead. He did not stop praying while there was still a chance for the outcome he desired. Once the baby died, David got up and went on with God. He accepted the outcome.

Jehoshaphat was a king of Judah. He heard that the great armies of Moab and Ammon were on their way to attack. His response was to bring all the people, young and old, together for prayer and fasting. He “inquired of the Lord” before the people and with the people.

“Lord, the God of our ancestors, are you not the God who is in heaven? You rule over all the kingdoms of the nations. Power and might are in your hand, and no one can withstand you. Our God, did you not drive out the inhabitants of this land before your people Israel and give it forever to the descendants of Abraham your friend? They have lived in it and have built in it a sanctuary for your Name, saying, ‘If calamity comes upon us, whether the sword of judgment, or plague or famine, we will stand in your presence before this temple that bears your Name and will cry out to you in our distress, and you will hear us and save us.’

“But now here are men from Ammon, Moab and Mount Seir, whose territory you would not allow Israel to invade when they came from Egypt; so they turned away from them and did not destroy them. See how they are repaying us by coming to drive us out of the possession you gave us as an inheritance. Our God, will you not judge them? For we have no power to face this vast army that is attacking us. We do not know what to do, but our eyes are on you.”

Word came from God through one of their prophets that he would be with them. This is how the king and people responded (20: 20 – 24) :

“Early in the morning they left for the Desert of Tekoa. As they set out, Jehoshaphat stood and said, “Listen to me, Judah and people of Jerusalem! Have faith in the Lord your God and you will be upheld; have faith in his prophets and you will be successful.” After consulting the people, Jehoshaphat appointed men to sing to the Lord and to praise him for the splendor of his holiness as they went out at the head of the army, saying:

“Give thanks to the Lord, for his love endures forever.”

When the men of Judah came to the place that overlooks the desert and looked toward the vast army, they saw only dead bodies lying on the ground; no one had escaped.

“Then I acknowledged my sin to you and did not cover up my iniquity. I said, “I will confess my transgressions to the Lord.” And you forgave the guilt of my sin. Therefore let all the faithful pray to you while you may be found; surely the rising of the mighty waters will not reach them. You are my hiding place;  you will protect me from trouble and surround me with songs of deliverance.”

God responds to David – “I will instruct you and teach you in the way you should go; I will counsel you with my loving eye on you. Do not be like the horse or the mule, which have no understanding but must be controlled by bit and bridle or they will not come to you.”

Paul reminds the Corinthians that Christ’s weapons of war are prayer, faith, and love.

“For though we live in the world, we do not wage war as the world does. The weapons we fight with are not the weapons of the world. On the contrary, they have divine power to demolish strongholds. We demolish arguments and every pretension that sets itself up against the knowledge of God, and we take captive every thought to make it obedient to Christ.”

God speaks to Ezekiel the prophet. “I looked for someone among them who would build up the wall and stand before me in the gap on behalf of the land so I would not have to destroy it, but I found no one. So I will pour out my wrath on them and consume them with my fiery anger, bringing down on their own heads all they have done, declares the Sovereign Lord.”

King David had wanted to build a temple to God. He was denied that privilege. Instead, God enabled David’s son, Solomon, to oversee the building. On the day Solomon and the people dedicated the amazing temple in Jerusalem, God came to Solomon and said these prophetic words:

“When I shut up the heavens so that there is no rain, or command locusts to devour the land or send a plague among my people, if my people, who are called by my name, will humble themselves and pray and seek my face and turn from their wicked ways, then I will hear from heaven, and I will forgive their sin and will heal their land. Now my eyes will be open and my ears attentive to the prayers offered in this place.”

Daniel lived among the Babylonians after Nebuchadnezzar king of Babylon invaded and carried many of the people into a 70-year exile. Daniel was unique in that he never wavered in his faith and never compromised himself to please anyone other than God.

He goes to God many years later asking that his people and country be restored. His prayer is a wonderful example of how to approach God with thanksgiving, praise, petition and intercession. He reminds God of who he is and what he has said. He acknowledges the sins of his countrymen and includes himself. When he’s done praying the angel Gabriel comes to him with a message. We may not have the authority of Daniel to get a visit from an archangel but we can be sure that if our prayers humbly follow Daniel’s pattern, God hears them and there are angels at his command ready to go to battle for and with us. Never underestimate the power of praying for your country and those who fight for what is right as well as those who still do not understand right from wrong.

“For the eyes of the Lord are on the righteous and his ears are attentive to their prayer,

Who are the righteous that have prayers heard and who are those evil who do not have the Lord’s ear? We can all be both at times. No one is perfect. The “righteous” are those that seek peace and pursue it (3:11), and they watch what that their words are not hateful, defeated, or untrue (3:10).

Abraham pleads for Sodom and Gomorrah in Genesis 18. This story is hard to understand yet powerful in our understanding of God and prayer. Sodom was wicked beyond anything most can comprehend. Read the full story to understand why God ultimately did destroy the city and all within except Abraham’s nephew Lot and some of his family.

In 18:20 – 21, “Then the Lord said, “The outcry against Sodom and Gomorrah is so great and their sin so grievous that I will go down and see if what they have done is as bad as the outcry that has reached me. If not, I will know.”

What ensues is a back and forth between God and Abraham regarding how many “good” people must remain in the cities to prevent God from destroying them. God shows a willingness to hear Abraham out and entertain his argument for saving the place if just ten decent people remained.

God is relational. He wants to partner with us, hear us. He sees what we cannot, like a parent often. Part of our growth and relationship development comes from talking things out and even debating them with God. When approached with respect, God will hear any and all petition.

The Amalekites were defeated while Moses held his hands up toward the sky. His friends helped him keep his hands up. Joshua and the Israelite army took up the weapons for battle. God brought the victory.

“When Moses’ hands grew tired, they took a stone and put it under him and he sat on it. Aaron and Hur held his hands up—one on one side, one on the other—so that his hands remained steady till sunset. So Joshua overcame the Amalekite army with the sword” (17: 12 – 13).

Hezekiah was a king of Judah who became very ill. The prophet Isaiah went to him and said, “This is what the Lord says: Put your house in order, because you are going to die; you will not recover” (38:1).

“Hezekiah turned his face to the wall and prayed to the Lord, “Remember, Lord, how I have walked before you faithfully and with wholehearted devotion and have done what is good in your eyes.” And Hezekiah wept bitterly. Then the word of the Lord came to Isaiah:“Go and tell Hezekiah, ‘This is what the Lord, the God of your father David, says: I have heard your prayer and seen your tears; I will add fifteen years to your life. And I will deliver you and this city from the hand of the king of Assyria. I will defend this city.